New Monarch Numbers Are Encouraging, But Conservation Efforts Must Continue in Iowa 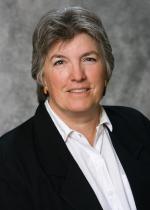 AMES, Iowa — Although the number of monarch butterflies overwintering in Mexico has sharply rebounded, leaders of the Iowa Monarch Conservation Consortium, say that sustained efforts of Iowa crop and livestock farmers, landowners, conservationists and others are critical to insuring continued improvements to monarch conservation.

Last Friday, the World Wildlife Fund, announced that this winter’s survey reported that adult butterflies covered approximately 10 acres of forest in Mexico. During the last three winters, overwintering butterflies occupied three or fewer acres. This past year, the U.S. set a conservation goal for a sustained monarch population of about 15 acres, or 225 million butterflies through domestic and international efforts and public-private partnerships.

“These monarch butterfly population numbers are encouraging,” said Sue Blodgett, chair of the Department of Entomology in the College of Agriculture and Life Sciences at Iowa State University. “The overwintering numbers for 2015-16 provide us time to develop and implement long-term habitat conservation strategies that will provide the foundation for a resilient monarch population.”

Blodgett added that the ongoing, collaborative conservation efforts of the Monarch Consortium’s members in Iowa will play a key role in helping to ensure the population response noted this winter can become part of a positive trend for the future.

The Iowa Monarch Conservation Consortium was established in 2015, through the efforts of Iowa State’s College of Agriculture and Life Sciences, the Iowa Department of Agriculture and Land Stewardship and the Iowa Department of Natural Resources. Its mission is to enhance monarch reproduction and survival in Iowa through collaborative and coordinated efforts of farmers, private citizens and their organizations...

Read the full news release from the Iowa State University College of Agriculture and Life Sciences.